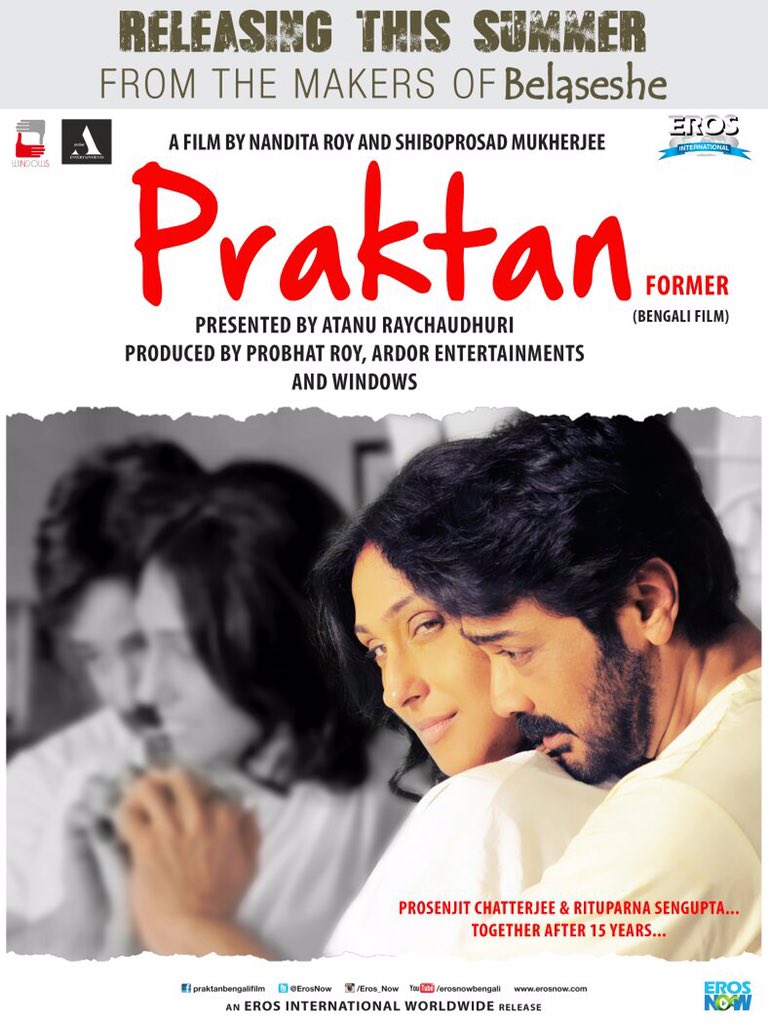 Ten years ago, Sudipa and Ujaan divorced after a difficult marriage. Today, Sudipa finds herself in a first-class train carriage from Mumbai to Kolkata with Malini, Ujaan’s new wife, and their daughter. During the course of the two-night train journey, Sudipa finally deals with the pain from years before.

Meanwhile, we see the stories of people in other rooms in the same carriage. Four famous Bengali musicians (Surojit Chatterjee, Anindya Chatterjee, Upal Sengupta, and Anupam Roy, playing themselves) serenade each other with new compositions. An elderly couple returns from Mumbai after seeing their son off to the US. And last but not least, a couple of newlyweds put the trip in a private cabin to good use.

Both an intimate story of pain, heartbreak, and healing, and a glance at the things that happen in first class, this is a new, great train movie from West Bengal. However, the ending left a bad taste in my mouth.

Read more »
Posted by Chelsea at 6:46 PM No comments: Links to this post

Blackass by A. Igoni Barrett 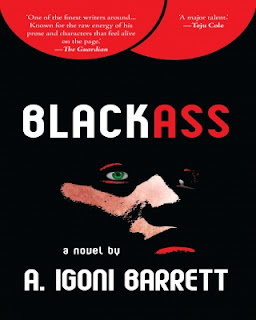 Many thanks to Kachifo Limited for providing a review copy of this novel.

Furo Wariboko awoke this morning to find that dreams can lose their way and turn up on the wrong side of sleep. He was lying nude in bed, and when he raised his head a fraction, he could see his alabaster belly, and his pale legs beyond, covered with fuzz that glinted bronze in the cold daylight pouring in through the open window…. His hands were not black but white… same as his legs, his belly, all of him.


Thus begins this Kafkaesque satire about race relations in Nigeria. Furo wakes on the morning of a big job interview to find that he has suddenly turned White – complete with red hair and blue eyes. Escaping from his house, he turns up at the job interview and, as a White man, finds that not only his job prospects, but every other aspect of his life has significantly improved.

Being White in a post-colonial society


Furo encounters all of the things that I, myself, have experienced or witnessed as a White person living in a post-colonial society (in my case India). Using the same qualifications that had lost him numerous opportunities in the past, as a White man he is immediately offered a good job. People trust him enough to give him money within two minutes of meeting him.


Lone white face in a sea of black, Furo learned fast. To walk with his shoulders up and his steps steady. To keep his gaze lowered and his face blank. To ignore the fixed stares, the pointed whispers, the blatant curiosity. And he learnt how it felt to be seen as a freak: exposed to wonder, invisible to comprehension.

As a White man, Furo is expected to act a certain way; when he doesn’t fulfill people’s expectations they become surprised and start to question him. When he tries to eat in a roadside restaurant, for example, people stare and ask why he is there. To escape the stares, he goes into one of the city's fancy shopping malls (which he has never previously entered), and fakes casualness while drinking an incredibly expensive coffee. As a White person, he is not only expected to have a lot of money, but also to fit naturally into high society.

Read more »
Posted by Chelsea at 10:41 PM No comments: Links to this post