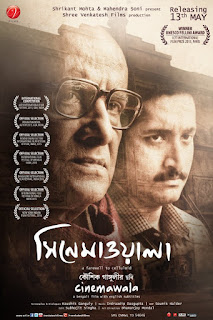 Pranabendu Das was the proud owner of a single-screen theater in one of the rural suburbs of Kolkata until it went out of business upon the advent of digitalization. Now, with his trusty employee Hori, Pranabendu constantly laments the downfall of old-style theater and his son Prokash’s abhorrent trade of selling pirated DVDs.

Now Pranabendu and Prokash barely speak to each other, and Prokash’s wife Moumita is stuck in the middle. When Prokash gets a brilliant idea to make more money illegally, how will his principled father react?

I saw this movie in a traditional single-screen theater in Kolkata with Tintin and his 80-year-old aunt. This was the perfect place to see this movie, both because of the theme and because some of the shots of the theater in the film lined up perfectly with the seating arrangement in front of us. However, I found little to like in the film itself.


If you like depressing movies about incredibly dysfunctional families, this one might be up your alley. Prokash and Pranabendu hate each other. They never speak to each other, despite living in the same house. Prokash is resentful about having to provide food for his aged father, especially because his father hates how he makes the money. He also thinks his father is stupid because he did not upgrade the theater as Prokash recommended and considers it his father’s fault that he had to take up selling pirated DVDs.

Pranabendu not only hates his son, but also gets drunk every night and reminisces about the glory days of the theater. He is definitely out of touch with reality, and this has apparently caused his wife, Prokash’s mother, to abandon him and move to Kolkata. Prokash’s mother is currently taking care of her own father, who is senile and partially paralyzed because of a stroke. Prokash apparently only visits his mother when there is some big news; otherwise, she never hears from him.

And then there is Moumita, Prokash’s wife, who takes good care of her father-in-law. They have a good relationship, but it is constantly sabotaged by the ongoing row between the father and son.

Piracy and Paying the Creators


One good thing that this movie does is point out the problems with piracy. Not only is Prokash doing something illegal but, as his dad points out, it also takes away any profit that the creators may have received. This is an important message in India today, where piracy, plagiarism, and other kinds of intellectual theft are commonplace.

I did not see anything likable about this movie, but if the description I have given above seems attractive, go ahead and watch it. And, just out of curiosity, I would be interested in hearing your opinion of the film.

Posted by Chelsea at 10:18 PM No comments: Links to this post 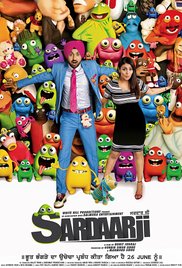 Jaggi, or “Sardaarji,” is a talented ghost hunter from rural Punjab, India. Emotionally immature, he is waiting to find his “queen witch:” the prettiest and most wonderful female ghost, who he will add to his bottled collection.

When he gets a call for help from a rich expat family living in the UK, he flies to London to exorcise a ghost from a castle. The ghost turns out to be a Punjabi named Pinky, and Jaggi decides that she will be his queen ghost.

There’s only one small problem: before Pinky will leave the castle, Jaggi must romance Jasmine, a real, human girl – something that terrifies the intrepid ghost hunter.


I had great suspicions about Jaggi (and the writers) at the beginning of the movie. It seemed like the women were being treated in a very patriarchal way: the female ghosts are literally kept in bottles in a cabinet while Jaggi flirts with them and makes sexual innuendos. This is incredibly problematic, but it turns out that most of this can be chalked up to his emotional immaturity: emotionally, Jaggi is about as mature as a 13-year-old, if that.

This becomes most obvious when Pinky’s plan requires him to learn salsa dancing from Jasmine. She takes his hand and places it on her back in the correct position for ballroom dancing. Jaggi nearly faints and runs away. The reason? He has apparently never touched a girl before – well, except for the she-ghosts, who are ghosts so it doesn’t count – so he is terrified when Jasmine touches him.

This emotional immaturity is indicated in several more minor ways throughout the film. For example, Jaggi’s outfits swing radically between a full suit-and-tie and footie pajamas. He constantly has to ask ghosts for advice, especially about relationships, and only realizes that he is in love when a random ghost tells him so.

Read the rest on The Asian Cinema Blog

Posted by Chelsea at 9:32 PM No comments: Links to this post 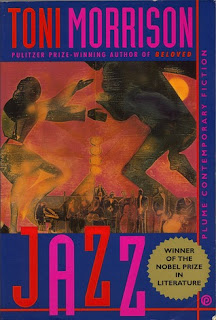 A middle-aged man shoots his 18-year-old lover, and then his wife attacks the body at the funeral. But what came after, and what before? In this beautifully lyrical novel, told in Toni Morrison’s signature style, an anonymous narrator tells how this event came to be and what each character’s past and future holds – and how the City has come to shape each of them and their expectations of each other.

I have been fascinated by Toni Morrison’s writing since I first read Beloved in a high school English class. That book was a bit too gory and explicit for my teenaged self, so I waited a few years before reading more. This book is the second in a loose trilogy, following Beloved and followed by Paradise – all of which contain similar themes about the history of African Americans in the USA, particularly the role of Black women in that history.


Joe, the man who killed his lover, is filled with grief in that action’s aftermath. He cries and cries and is unable to do anything else. And it seems that he’s not just mourning for his young, dead lover: he’s mourning for himself, for his past, and for who he used to be.

Read more »
Posted by Chelsea at 3:47 AM No comments: Links to this post 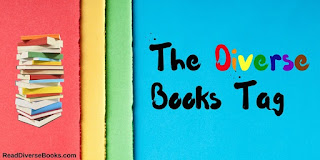 Many thanks to Naz from Read Diverse Books for creating this tag. This is the first one that I've taken part in, by the way - so here we go!

I decided to include a majority of books that I have read and would recommend, in the attempt to keep my TBR pile to a minimum and increase yours with the best books I've read (cue evil laugh). 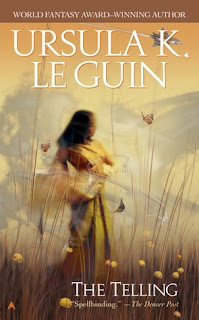 The Telling by Ursula K. LeGuin - One of my favorite books from LeGuin's Hamish Cycle (which is infinitely better than her Earthsea Series; I'll fight you on this), which incidentally has a lesbian, POC main character.

Find a Book with a Muslim Protagonist 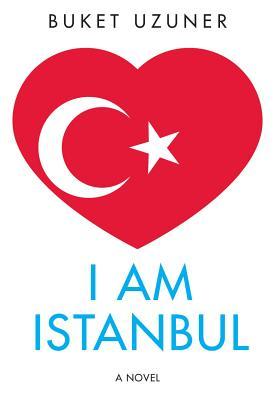 I Am Istanbul/Istanbullu by Buket Uzuner, translated by Kenneth J. Dakan - I adored this book from the female Turkish author, which takes place entirely within Istanbul's Ataturk airport. Read my review here.

Read more »
Posted by Chelsea at 3:06 AM 2 comments: Links to this post 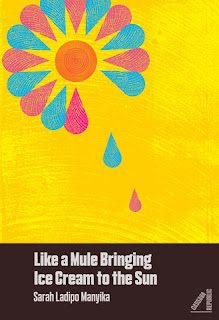 Many thanks to Cassava Republic Press for providing a review copy. Cassava Republic is a major Nigerian publisher and has just started a new operation in the UK. This is one of their first UK titles.

Dr. Morayo Da Silva is a retired English professor living in San Francisco. As she goes about her daily life, she comes into contact with other ordinary people, each one extraordinary in their own way. In this gorgeous little book, tiny everyday actions and interactions – buying flowers, visiting a friend, reading a book – come to life and reveal their true importance.


Small things that are apparently ordinary tend to get lost amongst the “bigger issues” in life. But they are no less important –in fact, they are what life is made of. Morayo embraces the beauty of the everyday and engages with life and with other people at a profound level. For example, when Morayo sees a young homeless woman on the road, she stops to check if she is ok. This leads to a conversation that goes deeper than normal, superficial small talk, cutting through to what is really important.

Morayo used to be married to a Nigerian diplomat, so she has travelled extensively and lived in many countries across the world. This multicultural background helps her to appreciate the vibrancy of the world around her in San Francisco, to delight in the little pleasures that remind her of places she has been or people she used to know. This gives her narrative a great depth and ingenuity that is a pleasure to read. She is one of those characters who would be a great friend, if she were real.

Read the rest of my review on Shiny New Books.

Posted by Chelsea at 6:10 AM No comments: Links to this post