Tantrics of Old by Krishnarjun Bhattacharya

Thank you to Fingerprint! Publishing for providing me with a free review copy of this book.

Adri Sen, a renegade tantric living illegally in New Kolkata, wakes to find Death sitting at the end of his bed. He is given 24 hours to get his affairs in order before Death will return for his soul.

Hoping to escape the clutches of the Horseman and discover who is behind the plot to kill him, Adri is led on a merry chase through the war-ravaged areas of magical Old Kolkata. Accompanied by Maya Ghosh, a student at New Kolkata's Jadavpur University with a secret purpose of her own; Maya's younger brother, Gray Ghosh; and a highly trained assassin who has been hired to assure Maya's safety, Adri must use all of his knowledge and abilities to survive in the harsh wasteland of the old city.

Set in a magical, post-apocalyptic alternative-universe Kolkata, peopled with demons, sorcerers, tantrics/necromancers, angels, witches, and others, this high fantasy novel will fulfill your craving for great speculative fiction in the vein of JRR Tolkein or Neil Gaiman's Neverwhere.

Read more »
Posted by Chelsea at 8:15 PM No comments: Links to this post

from the Eye of my Mind by TGC Prasad

from the Eye of my Mind
TGC Prasad
Random House India 2012
303 pages, humor, romance, other way of looking at the world

Mallika, an autistic 18-year old girl, likes to have everything stay exactly how she wants it. If there is no soap in her bathroom, she can't use it. She does not speak to strangers, which includes everyone outside of her family, her teacher, and her only friend.

She remembers everything that she sees and reads, and loves to recite information to the people in her circle. She is not stupid, as some people call her; she just thinks differently than other people do.

When her parents want her elder brother Ananth to get married, she refuses. No strangers in the house! No matter what they do, she does not want things to change.

Meanwhile her brother is arguing with their parents about the arranged marriage. It turns out he loves someone else. But her background might be a bit of a problem...

Buy the ebook online from Flipkart:

From the Eye of my Mind 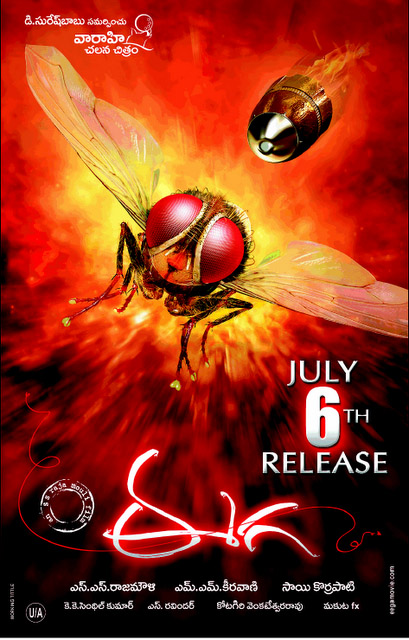 Nani has been trying to attract Bindu's attention for two years, and although she hasn't expressed it he thinks she likes him. Bindu works for an NGO focusing on children's education and creates micro art in her spare time. Sudeep is a manipulative bastard of a CEO who believes that he can get any woman to sleep with him in a blink of the eye.

When Sudeep sets his eyes on Bindu, he becomes enraged because she pays attention to Nani instead of to him. He kidnaps and murders Nani, with the intention of capturing Bindu in her weakened emotional state. Unfortunately for him, Nani is reborn as a fly and comes to wreak havoc upon his murderer.

But how can a fly take revenge on a human? And how can Nani make Bindu understand who he is?

Read more »
Posted by Chelsea at 2:11 AM No comments: Links to this post

In this second volume of Blaft's Tamil Pulp Fiction anthology, the editors have chosen to translate full-length novels and novellas from a variety of authors, including one from Singapore. Whereas a majority of the pieces in the first anthology were detective stories (a fact I mentioned in my review), this volume is mainly horror focused.


"The Palace of Kottaipuram" (1990) by Indra Soundar Rajan

The royal family has been haunted by a curse for generations: the men all die before they turn 30, and no female children survive for long after their birth. The younger prince of the current generation is well-educated and does not believe any of this nonsense - until his brother is killed by a cobra. Now the younger prince's girlfriend has to investigate the origins of the curse and the strange social order surrounding the royal family if she wants to save the man she loves.

This full-length comic book features Karate Kavita, a super-strong female hero, who teams up with an archaeologist to uncover the man responsible for stealing the treasures from several temples.

Inspired by the Exorcist and similar movies, Indumathi's horror novella is a tale of demonic possession and murders by supernatural forces. When the doctor and head of a psychiatric institution finds one of his patients has killed his colleague, he is stunned. The police take up the investigation, but very odd things begin to happen to everyone even vaguely related to the doctor or his patient.

A ghost story by a Singaporean Tamil author. A woman flees from her alcoholic husband when she learns about the affair that is consuming him. Years later, a lawyer contacts their son with the message that the father has died and left the property to him. The son wants nothing to do with it, but decides to visit the property with his lawyer before it is sold. Strange things start happening when they arrive. As they find themselves trapped by a sudden monsoon, will they be able to survive in the house until morning?

A detective wakes up to a phone call - the police have found a body, and they're not sure if it's a murder or suicide. As he investigates, we are introduced to a young woman who has recently become obsessed with "blue films" (i.e. pornography). To maintain and hide this obsession, she begins to lie to her brother and others, resulting in the murder of one of her brother's employees...

A girl is plagued by unwanted suitors and an overprotective brother who violently punishes anyone who falls in love with her. Then she falls in love herself, and the former targets of her brother's ire conspire to help the lovers deal with him.

Read more »
Posted by Chelsea at 9:33 PM No comments: Links to this post

The Secret of Kells, directed by Tomm Moore 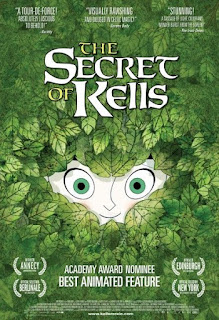 The Secret of Kells

Brendan has grown up within the walls of the abbey where his uncle is abbot, taught to fear the outside and, in particular, the inevitable attack of the northmen. The coming of Brother Aidan, a famous manuscript illuminator, gives Brendan the opportunity to express his creativity - if, that is, his uncle will let him spend time away from the construction of the walls meant to shelter the community from attack.

On his first expedition into the forest, Brendan meets a faery who shows him the wonders of the natural world. With the help of his friends, he works to promote beauty and knowledge by working on a brilliant manuscript that will "turn darkness into light."

Read more »
Posted by Chelsea at 9:12 PM 3 comments: Links to this post