This Earth of Mankind by Pramoedya Ananta Toer, translated by Max Lane 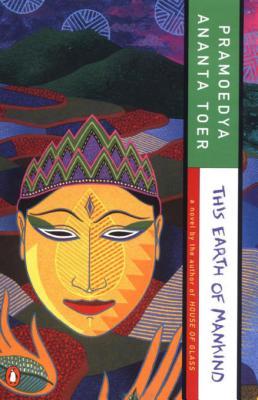 Pramoedya Ananta Toer originally composed this remarkable novel and its three sequels while he was imprisoned by the anti-Left Suharto regime. Since he was denied writing materials, he orally recited the stories for the other prisoners, only writing them down several years later!

My interest in this book is primarily literary and cultural. Pramoedya Ananta Toer has masterfully combined a devastating critique of colonialism with a poignant love story, set in the late 1800s before Indonesia had even been named.

Minke is the only Native Javanese student in the H.B.S., one of the best high schools in the Dutch Indies. Despite his obvious academic abilities, he would not have gained admission to this prestigious school if it were not for his grandfather's status. It turns out that Minke is descended from Javanese royalty! But his high position in Javanese society doesn't help much in his school or when mingling with the Europeans. Due to his race, all of his western education and ideas, his ability to speak and read fluent Dutch, and his dreams of being a journalist or writer cannot gain him real admission to colonial society. He is inherently a lesser being because he is a pure-blooded Native. The Indos, or part-natives, will always be higher than him, and of course the Pure Europeans will always have the most authority of all.
Read more »
Posted by Chelsea at 8:51 PM No comments: Links to this post 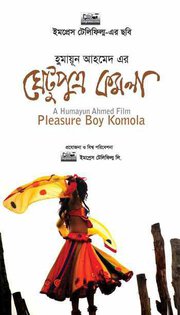 In colonial-era Bengal, a Muslim zamindar (landowner) hires a musical group to entertain him during the monsoon, when flooding makes it difficult to travel or work. The group performs in the "Ghetu" musical tradition, which combined folk music and dancing with a special performance by young boys dressed as women. Zamindars hired "ghetu" groups for both the musical diversion they could provide and the sexual services of the "ghetu" boys.

In this case, Jafir, who goes by the "ghetu" name Komola, arrives with his father (the head of the troupe) and other musicians. Despite their class differences, he makes friends with the zamindar's daughter, who is about the same age as him. But the zamindar's wife hates Jafir for stealing her husband's affections. In this complicated domestic situation, Komola/Jafir must do her/his job, and make enough money to keep his family fed for the foreseeable future.

This is the last movie made by noted Bangladeshi author and filmmaker Humayun Ahmed, and it was the official Bangladeshi nomination for the Foreign Language Oscar at the 85th Academy Awards.

A Planet for Rent by Yoss, translated by David Frye 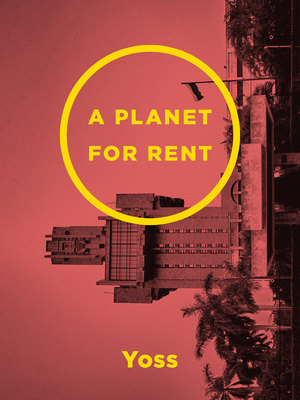 Many thanks to Restless Books for providing a review copy of this novel.

I first heard about the Cuban Science Fiction series from Restless Books sometime earlier this year (probably in this New York Times article). Immediately, I knew that I had to read and review them. Here is a chance to read international science fiction, my favorite genre, that had been completely off my radar. This book is the first I have read from the series, and it did not disappoint.

The novel tells several intertwined stories, featuring characters that are loosely related through mostly random events. Yoss does not bother to flesh out the connections between the characters, instead relying on the reader to figure that out for themselves. This trust in the reader's intelligence was quite refreshing, and it also made the satirical aspects of the story more apparent. It also made the ending harder to predict; for the first time in a long time, I was actually surprised by a book! This may have been because I was reading an ebook, which always makes it a bit more difficult for me to follow the story and pick up on clues.

The basic background is that aliens have *cough* invaded the earth, and taken complete control, forcing humans to be second-class citizens solely used for the purpose of bringing (mostly sexual) pleasure to the xenoid tourists. *cough* Sorry, I must be coming down with a cold or something. As I was saying, aliens have saved humanity by restoring the environment and bringing peace to the planet, making it a very safe place for tourists to visit.

Read more »
Posted by Chelsea at 10:51 PM No comments: Links to this post

My Life as Emperor by Su Tong, translated by Howard Goldblatt 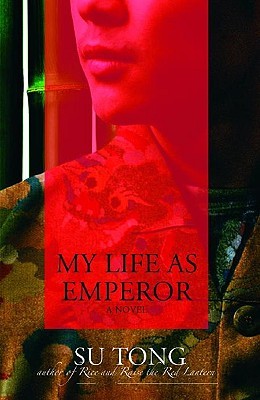 After his father's death, the fifth son, 14-year-old Duanbai, is unexpectedly declared to be the new Xie Emperor. Unprepared for his new duties and still a child, Duanbai's actions are controlled by his powerful mother and grandmother; when he makes decisions himself, his inexperience leads him to abuse his power, and he becomes a cold and cruel ruler who is feared by the people around him.

I saw this book on the $1 clearance rack at Half Price Books right after I had finished reading Howard Goldblatt's beautiful translation of Nobel Prize-winner Mo Yan's Frog. Since I was on a bit of a Chinese kick at that time, and since I adored Goldblatt's translation style, I spent the dollar hoping that I would enjoy this book as well - not that I had actually been all that interested in the summary on the back cover. So after taking it with me to India and then to Bangladesh, I finally picked it up from the To-Be-Read stack. The good news: it's a quick read. The bad news: I hated it.