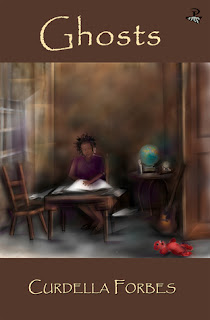 Many thanks to Peepal Tree Press for providing a review copy of this novel.

In a future marked by massive environmental changes, a family from the fictional Caribbean island of Jacaranda comes together to write about their brother many years after his death.

This is a strangely mixed book. Is it a memoir? Is it fantasy? Is it a myth? I think it’s all of those. But more than that, it's a beautiful piece of writing.


This is a book about grief. Grief and guilt. Each of the siblings is sad about their brother’s death, and afraid that they could have done something to prevent it. Evangeline, the Seer in the family, knows what will happen beforehand: could she have stopped it? Their mother was worried about Pete for years, but no one else listened to her. Should they have? When they disapproved of his actions and his personal life what should they have done? Should, should should should.

The major source of this guilt is the family's treatment of Pete when he was alive. His star-crossed, taboo infatuation with a cousin caused deep rifts in the otherwise (at least on the surface) tight-knit family. Later, when he married a woman that his family did not approve of, the family split into factions, led by: his mother, who forbid her daughter-in-law from entering the house; and Evangeline, whose enlightened knowledge places her on a different spiritual field. This leads to the effective ostracism and isolation of Pete, something that the whole family bitterly regrets after his death. In many ways, this is a cautionary tale: don't let your personal disapproval get in the way of a relationship with your relatives.

Read more »
Posted by Chelsea at 8:49 PM No comments: Links to this post 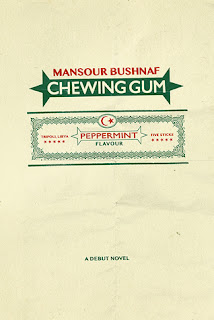 Many thanks to Darf Publishers for providing a review copy of this novel.

“Our hero looked on as our heroine walked away in the rain, wrapped in her black coat and red shawl. Ten years went by before he was able to whisper into her ear again, ten years during which he remained standing in the exact spot where she had left him in the park, enduring his terrible suffering. Days went by, then months, and years. He waited in the rain while she walked on, hoping she would stop, turn and run back. Her red shawl fluttered gently as she headed towards the sunset, revealing her black shoulder-length hair.”

So begins this story – a satirical fable about life in Libya, centered around these two characters and the park where our hero waits in the rain. The tale is told in dreamlike vignettes with a different focus on almost every page; some of these are only tangentially related to the two main characters. This creates a fully formed, if piecemeal, narrative that critiques Libyan society from the pre-colonial period to the present day.


While other reviewers have noted the existential nature of this novel, I want to highlight something completely different: the way that these various narrative strands correspond to Actor Network Theory, or ANT.

Stick with me here.

ANT is a social science theory that emphasizes the fact that everything (from sunlight to a can of coke to the person drinking it) is an actor, or active player. Everything happens because of the actions of innumerable actors, and every action has an effect on innumerable actors. If you look at any scenario widely enough, you can trace these connections.

In this novel, Bushnaf looks at the circumstances of his two main characters from exactly this angle. He examines the park - its history, who goes there, and why it gains attention. Actions hundreds of years ago, such as the building of a pleasure palace, still have repercussions in the present and future. A statue of unknown origin has incredible effects on its viewers. Even estranged blood relationships have significant effects.

It is for this reason that the narrative, if you want to call it that, expands so much without bursting and becoming overdone. All of these disparate stories are intimately related, and the author emphasizes the importance of that relationship.


This novel is written in a highly satirical tone with frequent breaking of the fourth wall. The narrator wants to convey the absurdity of life under the changing Libyan governments. It pokes fun at everyone: from the Italians with their finely manicured parks, to the excesses of the Ottoman rulers, to the brutality and repression of the Gaddafi regime. Although I am not familiar with Libyan history, these often hilarious anecdotes were not difficult to connect with, and I highly enjoyed this novel. I recommend it for anyone who likes satire or expansive, existential cultural critiques.

Posted by Chelsea at 9:40 PM No comments: Links to this post

This is the second installment of my continuing series of the worst international movies out there.

How do you make a movie about Naxalites boring? Focus on their middle class struggles.

What could have been an interesting film about people with a history of violence and revolutionary feelings in present-day Bengal quickly falls apart into a disjointed, incomprehensible massacre of a movie. I mean that in the worst way possible.

Read more »
Posted by Chelsea at 9:26 PM No comments: Links to this post 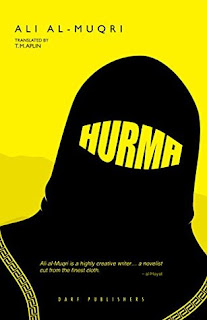 Many thanks to Darf Publishers for providing a review copy of this book!

A nameless female narrator from Yemen attempts to reconstruct her childhood and youth. Her formerly communist brother, who became a radical Islamist. Her scandalous sister who was allowed free rein because of her high-paying job. The sex tapes she and her friends watched in secret. The fatwas that restricted every part of her life. Her marriage to a jihadi.

This psychologically complex book provides the insider woman’s viewpoint of restrictive Islamist society, jihadis and terrorism. More than that, it examines the thought processes of a “radicalized” female terrorist from childhood to adulthood.


In this novel, women feel the full power of a religiously supported patriarchy. They are expected to follow innumerable fatwas that limit their actions, clothes, speech, and thoughts with the sole purpose of removing their sexuality - but in the same breath they are constantly sexually objectified. It is a no-win scenario, in which the narrator can never find sanctuary from objectification regardless of how hard she tries to follow the rules.

The first memory that the narrator recounts is the extreme punishment she was given for drawing a heart on a piece of paper in school. She was in 4th grade, and had no idea what this symbol meant! She was immediately knocked unconscious by her teacher, after which they summoned her father to school to be reprimanded for not “bringing her up properly.” This, of course, was followed by beatings – and even more beatings when she asked her mother what she had done. Even at such a young age and for such an innocent action, she is made into a sexual object that must be controlled through physical violence.