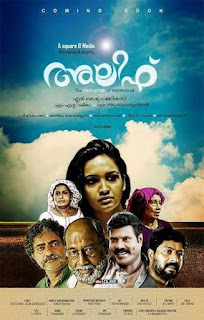 This movie focuses on a Muslim family in Kerala, India, which had been important in the past but had fallen out of power because of the death of the patriarch. At this point there are four generations living together from this one family. For simplicity’s sake I will refer to them as the grandmother, the mother, the daughter, and the granddaughter. There is also a grandson who is younger than the granddaughter, and who is the pride and joy of this otherwise poor family.

The plot of the movie concerns these four generations of women and how they deal with the patriarchal Muslim and Malayali society that they live in. They have to realize their own autonomy while still being circumscribed by the men in their lives, specifically the dead grandfather and the young boy.


At the very beginning of the movie, the daughter is summarily divorced by her husband with the support of some village elders. Even before this, he had not been contributing to the family, and they were suffering because of this.  Not only are they having trouble because of not being able to afford food, etc., but they are treated badly by the other members of the community because of their poverty. For example, when the grandson visits a friend from a wealthier house he is forced to sit on the floor to watch TV; he is not allowed to sit on the furniture.

Read the rest of this review at The Asian Cinema Blog