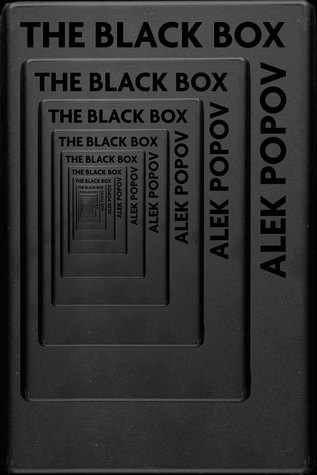 Many thanks to PeterOwen Publishers for providing a review copy of this book.

Fifteen years after receiving their father’s ashes in a black box, the Bulgarian brothers Nedko (now known as Ned) and Angel still can't believe that he is really dead. In the meantime Ned has become a successful, high-paid consultant working with a major firm in New York City. After failing to start a publishing company in Bulgaria, Angel miraculously wins the green-card lottery and moves into Ned’s apartment overlooking Central Park. He plans to stay there until he finds a job.

After a professional fiasco, Ned is sent back to Bulgaria to track down Kurtz, a high-ranking member of the firm who has gone missing while negotiating a deal. Meanwhile, Angel scrambles to find work, finally finding a job with a dog walking agency. They must each figure out how to negotiate the increasingly ridiculous political situation that they find themselves in: Ned with Kurtz’s bizarre factory worker’s cult and Angel with the dog walker’s union known as the Dogsters.

The joys of not being postmodern

At the beginning of this novel, I really thought it was going to be a bizarre, postmodern story like the others I have read from Eastern Europe (such as Dubravka Ugresic's Baba Yaga Laid an Egg or Andrej Nikolaidis's Till Kingdom Come). With fathers who may or may not be dead, Eureka moments arising out of a drunken haze, a factory worker cult, and an evil dogwalkers’ organization, it seems like the story could not possibly hold together in any sort of coherent fashion. But to my delight all of these bizarre occurrences do have logical (if ridiculous) explanations, and the narrative actually makes sense!

Angel's side of the story quickly veers from being a job-seeking immigrant to being the unwitting center of a political struggle. He is nonplussed by the sudden attention he receives from the other dogwalkers, finding the whole thing absurd. But when he tries to take a break, his journey through the United States continues to be more and more ridiculous, involving forests full of corpses and a femme fatale who may or may not be responsible for all of his problems.

It’s the snarky remarks by both of the characters that really make this novel worth reading. Their descriptions of the ridiculous circumstances that they find themselves in are hilarious.

For me, one of the best parts of the novel was Ned and Angel's reflections on the phenomenon of emigration from Bulgaria. Ned even has a typology that he uses to categorize different groups of Bulgarians:


I am officially in the category of Successful Bulgarians Abroad, SBA....Happy I am not; neither am I particularly content. The only consolation left is that I am an SBA - which, unfortunately, is not enough. In this life one needs something more than the jealousy of the NSAB, the Non-Successful Asses stuck in Bulgaria....

Essentially, Bulgarians can be divided into three categories: SBAs and NSABs, as mentioned earlier, and TBAs, Thieving Bulgarian Asses, who cause the misery and exile of the other two groups.... The truly successful do not hang around for long; they go abroad to join the ranks of SBAs. Those of them that do stay often prove to be the stupidest TBAs.

This is a brilliant political statement about the phenomenon of emigration, one that is applicable to many other countries as well. To speak from my own experience, India and Bangladesh are countries where the flow of people to other countries is so pronounced that there are official terms (and visa categories!) to describe people of, say, Indian origin who have become citizens of other countries. It was refreshing to read such a biting satire of this phenomenon.


I had one small problem with the translation, which is very minor but jarring to me as the reader. At one point, Angel ends up stranded in Kentucky with an empty gas tank in his car. When he walks to the nearest gas station, the owner asks if he has a "jerry can." I guarantee that no one in Kentucky has ever used the term “jerry can”- the American term is “gas can.” In fact, I didn’t know what that term meant, I just figured it out from context. I know this is a British translation, but this would be an easy change to make it sound authentic.

This novel was absolutely brilliant. It is a must-read if you like dark humor about emigration/immigration, labor politics, and the immigrant experience. Or if you just like reading about ridiculous political squabbles between dogwalkers in Central Park.

Interview with the author by Sebastian Fasthuber (Contemporary Bulgarian Writers)